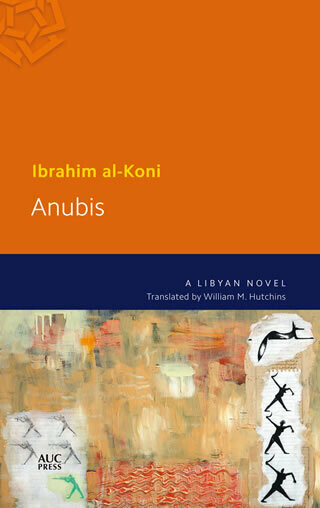 A Tuareg youth ventures into trackless desert on a life-threatening quest to find the father he remembers only as a shadow from his childhood, but the spirit world frustrates and tests his resolve. For a time, he is rewarded with the Eden of a lost oasis, but eventually, as new settlers crowd in, its destiny mimics the rise of human civilization. Over the sands and the years, the hero is pursued by a lover who matures into a sibyl-like priestess. The Libyan Tuareg author Ibrahim al-Koni, who has earned a reputation as a major figure in Arabic literature with his many novels and collections of short stories, has used Tuareg folklore about Anubis, the ancient Egyptian god of the underworld, to craft a novel that is both a lyrical evocation of the desert’s beauty and a chilling narrative in which thirst, incest, patricide, animal metamorphosis, and human sacrifice are more than plot devices. The novel concludes with Tuareg sayings collected by the author in his search for the historical Anubis from matriarchs and sages during trips to Tuareg encampments, and from inscriptions in the ancient Tifinagh script in caves and on tattered manuscripts. In this novel, fantastic mythology becomes universal, specific, and modern.