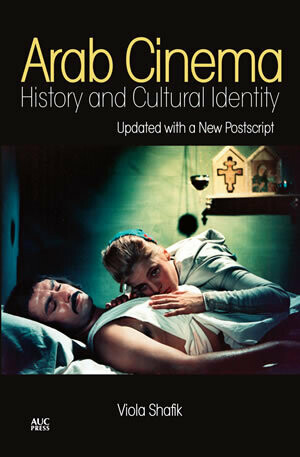 Since it was first published in 1998, Viola Shafik’s Arab Cinema: History and Cultural Identity has become an indispensable work for scholars of film and the contemporary Middle East. Combining detailed narrative history—economic, ideological, and aesthetic—with thought-provoking analysis, Arab Cinema provides a comprehensive overview of cinema in the Arab world, tracing the industry’s development from colonial times to the present. It analyzes the ambiguous relationship with commercial western cinema, and the effect of Egyptian market dominance in the region. Tracing the influence on the medium of local and regional art forms and modes of thought, both classical and popular, Shafik shows how indigenous and external factors combine in a dynamic process of “cultural repackaging.” Now updated to reflect cultural shifts in the last two decades, this revised edition contains a new afterword highlighting the latest developments in popular and in art-house filmmaking, with a special focus on Iraq, Lebanon, Palestine, and the Gulf States. While exploring problematic issues such as European co-production for Arab art films, including their relation to cultural identity and their reception in the region and abroad, this new edition introduces readers to some of the most compelling cinematic works of the last decades.

VIOLA SHAFIK studied cinema in Hamburg and is a freelance film scholar and filmmaker. She has directed several documentaries, including The Lemon Tree (1993), which was awarded the prize for best documentary short at the Images of the Arab World Festival in 1993. She is also the author of Arab Cinema: History and Cultural Identity (AUC Press, 1998; revised edition, 2007).