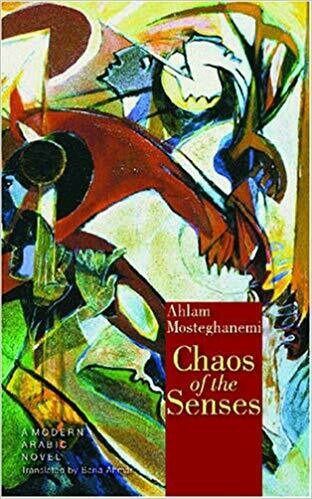 Chaos of the Senses

Ahlam Mosteghanemi's second novel picks up where Memory in the Flesh left off, with the story of love set in the battered and bruised Algeria of the1990s. Mosteghanemi takes her readers through the streets of suspicion and suspense, and the ups and downs of a forbidden love affair, through a story within a story, as a writer stuck in a loveless marriage to an important military man inadvertently writes what eventually comes true. She begins after a period of not writing by penning the narrative of a mysterious man who courts the object of his desire through deceptive words, then she helplessly follows the path of her fictitious character only to find that the mystery man exists and it is he who has led her to his door and into his life. One twist leads to the next, as the question remains of which man the writer was destined to meet and fall in love with the mysterious artist or the doomed journalist. This lyrical adventure teases the reader with facts for fiction and fiction for facts