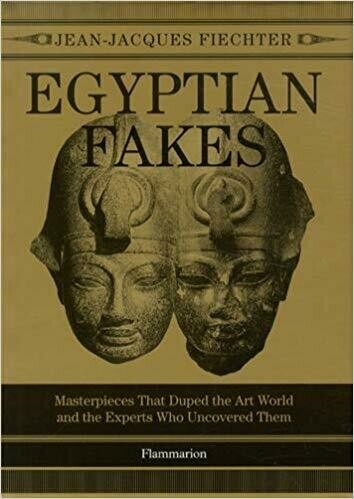 Egyptologists and forgers have been battling for over a century: the connoisseur’s eye vs. the ingenuity of the "artists" and their impressive creations, some considered authentic for decades before being withdrawn from major collections. A market for Egyptian artifacts has existed since the Phoenicians, but it gathered strength through the nineteenth century when museums sprung up, archaeological digs revealed ever-greater treasures, and tourism flourished, bringing numerous collectors in their wake. Jean-Jacques Fiechter introduces us to a series of colorful individuals and illicit deals set against a backdrop of golden sands and sinister backrooms. He retells the stories of "masterpieces" that found their way into the collections of the Louvre, Metropolitan Museum, and British Museum—and discusses how forgers plied their trade, while also retracing the pioneering inquiries led by the first "fake-busters."

Jean-Jacques Fiechter, a historian and author of numerous prize-winning academic works on Egyptology, is also well known for his art forgery novels, including Death by Publication and A Masterpiece of Revenge.