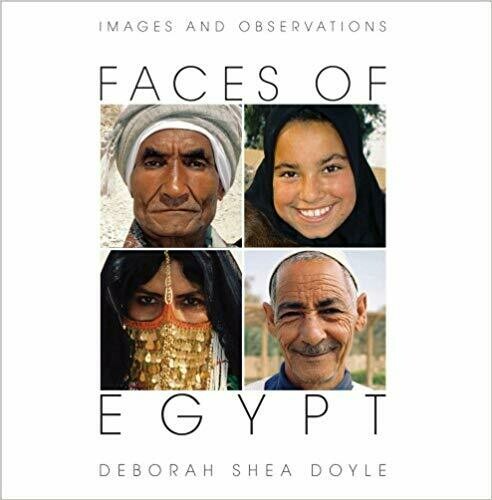 "For ten years, photographer Deborah Shea Doyle traveled throughout Egypt -- from bustling Cairo to remote parts of the Sinai region -- to explore the landscape and learn about the lives of ordinary Egyptians, especially the Bedouins. She visited large cities and small villages and traversed through the country's inaccessible areas, which presented her with a gold mine of opportunities to capture and record interesting faces of people she encountered along the way. Her splendid collection of photographs of ordinary Egyptian men, women, and children as they work and play in their everyday lives invites readers to discover Egypt and its people as they have not been seen before."--Amazon.com

Deborah Shea Doyle is a Florida-based photographer. She lived in Egypt for ten years, spending half her time there in Cairo and the other half among the Bedouins in El Gorah in Northeast Sinai. Her photos were exhibited widely, including a major exhibit at the American University in Cairo's Sony Gallery.