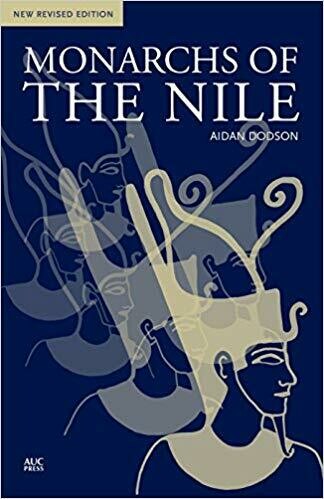 Monarchs of the Nile

For over three thousand years, the ancient Egyptian monarchy lasted in a recognizable form, with the king as its central figure, the supreme head of the administrative, religious, political, and military state. Not merely a worldly leader, he was the chief link between the human and the divine, himself the physical offspring of a divine god. Monarchs of the Nile is a vivid and engaging account of the lives and times of some of the more significant occupants of the Egyptian throne, from the unification of the country around 3000 BC to the extinction of native rule just under three millennia later. Some, such as Thutmose III, had a major impact on their time, and were remembered by their own people until the very civilization collapsed. Others, such as Tutankhamun, were soon forgotten by the Egyptians themselves, only to burst into popular culture thousands of years after their deaths, as a result of the labors of modern archaeologists. Still more remain unknown outside the small circle of professional archaeologists, but led lives that call out for wider dissemination. Drawing on two further decades of research since Monarchs of the Nile was first published in 1995, Aidan Dodson provides a mix of all three categories, bringing together in highly readable form a compelling view of Egyptian kings and all their range of achievements.

Aidan Dodson is a senior research fellow in the Department of Archaeology and Anthropology at the University of Bristol, England, and a past holder of the Simpson Chair of Egyptology at the American University in Cairo (AUC). He was elected a Fellow of the Society of Antiquaries of London in 2003 and Chairman of Trustees of the Egypt Exploration Society in 2011. He is the author many articles and books, including a series of historical studies for the AUC Press: Amarna Sunrise (2014), Amarna Sunset (2009), Poisoned Legacy (2012), and Afterglow of Empire (2010).