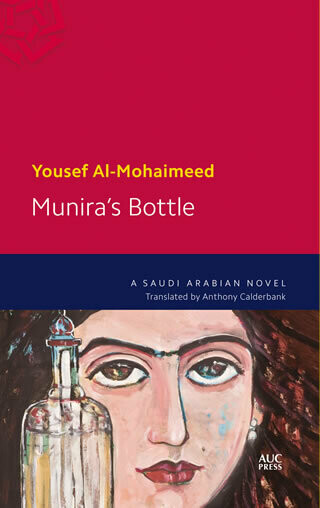 In Riyadh, against the events of the second Gulf War and Saddam’s invasion of Kuwait, we learn the story of Munira—with the gorgeous eyes—and the unspeakable tragedy she suffers as her male nemesis wreaks revenge for an insult to his character and manhood. It is also the tale of many other women of Saudi Arabia who pass through the remand center where Munira works, victims and perpetrators of crimes, characters pained and tormented, trapped in cocoons of silence and fear. Munira records their stories on pieces of paper that she folds up and places in the mysterious bottle given to her long ago by her grandmother, a repository for the stories of the dead, that they might live again. This controversial novel looks at many of the issues that characterize the lives of women in modern Saudi society, including magic and envy, honor and revenge, and the strict moral code that dictates male–female interaction.