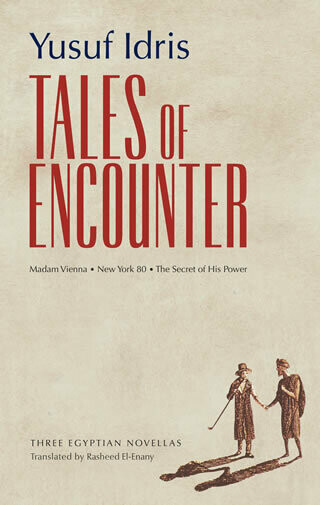 Yusuf Idris was undoubtedly one of Egypt’s most talented and versatile writers in the second half of the twentieth century. The first two novellas in this volume, Madam Vienna and The Secret of His Power, come from the peak period in his career, the late 1950s and early 1960s, while New York 80 belongs to his late period, the 1980s. Yet something holds these three works together, despite their different periods and their scattered settings: Vienna, an Egyptian Delta village, and New York. They all deal with a seminal theme in Arabic fiction since its nascent years and until today: the East–West encounter, often treated allegorically by Arab writers through a love story between an Arab man and a Western woman who stand for their respective cultures. In these three novellas, Idris harnesses his remarkable narrative skills to tell us some of the most memorable stories of the encounter in Arabic fiction.