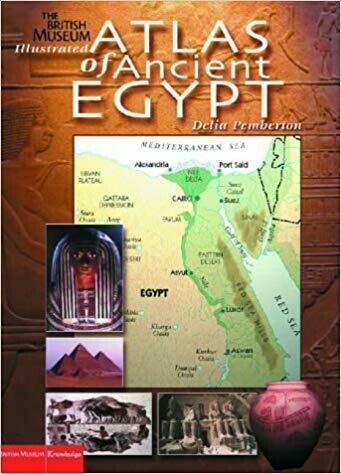 A historical and cultural atlas of ancient Egypt, illustrated with full-colour maps, photographs and artwork. The landscape and climate of Egypt had a fundamental influence on the development of ancient Egyptian culture, civilization and thought. The river Nile became a vital transport artery - the hieroglyph for 'travelling north/south' was a boat. The annual Nile flood made agriculture possible in this otherwise desert country and formed the basis of Egypt's wealth and power. The strong daytime sun and brilliant night-time stars of Egypt's skies became powerful elements in Egyptian religion, as did the birds and animals living in the Nile Valley. This accessible and authoritative book demonstrates the vital links between geography, history and culture, and describes how we know so much today about life in this fascinating ancient land. Large, clear colour maps show the different areas of Egypt from the Delta in the north to Nubia in the south. Accompanying text, artwork and photographs make clear the contrasting landscapes of desert, delta and river valley, and show how much has changed but also how much has remained the same for people living in Egypt over the last five thousand years. Sites of particular historical significance are described and investigated. Plans and drawings showing selected sites and monuments and how they were built. Focus panels look at the rich evidence from these sites that give us such a good picture of life in ancient Egypt - written records on papyrus, buildings and sculpture, artefacts, architectural remains, tombs and pyramids - and feature important individuals, pharaohs, queens and deities who were connected with them. -Amazon.com