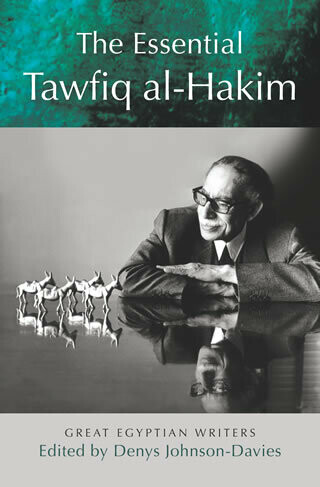 The importance of Tawfiq al-Hakim (1898–1987) to the emergence of a modern Arabic literature is second only to that of Naguib Mahfouz. If the latter put the novel among the genres of writing that are an accepted part of literary production in the Arab world today, Tawfiq al-Hakim is recognized as the undisputed creator of a literature of the theater. In this volume, Tawfiq al-Hakim’s fame as a playwright is given prominence. Of the more than seventy plays he wrote, The Sultan’s Dilemma, dealing with a historical subject in an appealingly light-hearted manner, is perhaps the best known; it appears in the extended edition of Norton’s World Masterpieces and was broadcast on the old Home Service of the BBC. The other full-length play included here, The Tree Climber, is one that reveals al-Hakim’s openness to outside influences—in this case, the absurdist mode of writing. Of the two one-act plays in this collection, The Donkey Market shows his deftness at turning a traditional folk tale into a hilarious stage comedy. Tawfiq al-Hakim produced several of the earliest examples of the novel in Arabic; included in this volume is an extract from his best known work in that genre, the delightful Diary of a Country Prosecutor, in which he draws on his own experience as a public prosecutor in the Egyptian countryside. Three of the many short stories he published are also included, as well as an extract from The Prison of Life, an autobiography in which Tawfiq al-Hakim writes with commendable frankness about himself.