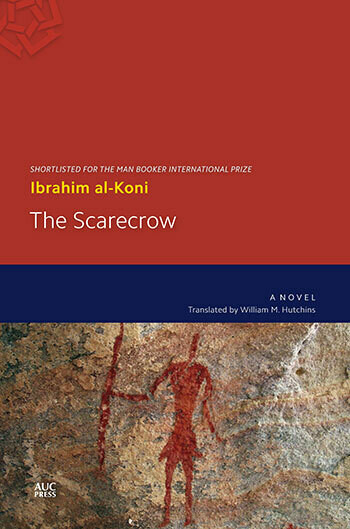 The Scarecrow is the final volume of Ibrahim al-Koni’s desert trilogy, which chronicles the founding, flourishing, and decline of a Saharan oasis. Fittingly, this continuation of a tale of greed and corruption opens with a meeting of the conspirators who assassinated the community’s leader at the end of the previous novel, The Puppet. They punished him for opposing the use of gold in business transactions—a symptom of a critical break with their nomadic past—and now they must search for a leader who shares their fetishistic love of gold. A desert retreat inspires the group to select a leader at random, but their choice, it appears, is not entirely human. This interloper from the spirit world proves a self-righteous despot, whose intolerance of humanity presages disaster for an oasis besieged by an international alliance. Though al-Koni has repeatedly stressed that he is not a political author, readers may see parallels not only to a former Libyan ruler but to other tyrants—past and present—who appear as hollow as a scarecrow.