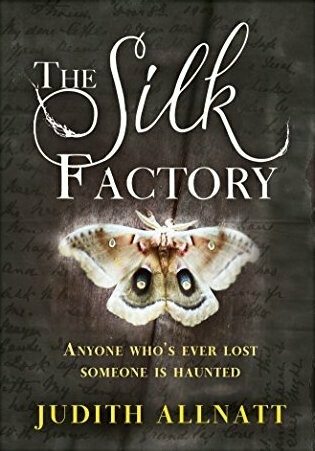 A beautiful and eerie story of love and memory from the author of The Moon Field. Anyone who’s ever lost someone is haunted. Rosie Milford inherits a house in an old silk factory after her mother’s death and moves there with her young children. The discovery of a shocking truth about her own childhood, when she is already reeling from the breakup of her marriage, fills her with distrust and fearfulness. Then she starts seeing a strange child, wandering in the garden, who seems as lost as she is.

In 1812, silk master Septimus Fowler has grand plans to keep his factory in step with the industrial revolution: he will plant mulberry trees, rear silkworms and import new mechanized looms. Orphan Beulah Fiddement works as a bobbin winder and has secrets that the master would go to any lengths to get. Caught up in a dark adult world of illicit love, rebellion and revenge, Beulah must put away her childhood and draw on all her spirit to protect those she loves.

Beulah’s story of guilt and bravery will echo down two centuries and change Rosie’s life as she struggles to overcome the hand of her own past and find redemption.

Judith Allnatt is the acclaimed author of A Mile of River, a Radio Five Live Book of the Month, The Poet's Wife and The Moon Field. Her novels have been shortlisted for the Portico Prize for Literature and the East Midlands Book Award. Her short stories have featured in the Bridport Prize Anthology, the Commonwealth Short Story Awards and on BBC Radio 4. She lives with her family in rural Northamptonshire.