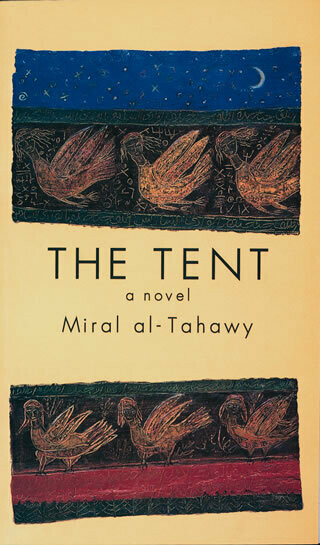 The Tent is a beautifully written, powerful, and disturbing novel, featuring a host of women characters whose lives are subject to the will of a single, often absent, patriarch and his brutal, foul-mouthed mother. Told through the eyes of a young girl, the lives of the Bedouin and peasant women unfold, revealing the tragedy of the sonless mother and the intolerable heaviness of existence. Set against trackless deserts and star-filled night skies, the story tells of the young girl’s relationship with her distant father and a foreign woman who is well-meaning but ultimately motivated by self-interest. It provides an intimate glimpse inside the women’s quarters, and chronicles their pastimes and preoccupations, their stories and their songs.